It’s not as easy as it used to be a few years ago to do affiliate marketing on Facebook due to the many changes that they have made as a company in order to increase their bottom line. This has made it a lot harder to get organic reach but there are ways that you can still do it in 2020 and beyond.

Back when Facebook was still climbing the ranks on its way to becoming the number one social network on the planet, it was one of the best and easiest ways to build an audience and monetize it. The best thing about it was you could do it for free.

It usually involved creating a page for a specific niche or general one and then growing it. After that, the strategy mainly consisted of posting entertaining content to engage your audience and then posting a promotional post after every 3 to 4 posts.

I personally made a lot of money following this exact strategy for a number of years. I promoted local products that I sold on commission as well digital and other affiliate offers. These were good times.

Things began to gradually change though after Facebook’s IPO. It became harder and harder to get organic reach for your content. This was mainly due to the fact that the new Facebook shareholders were demanding greater returns on their investments.

It all led to the biggest algorithm change in 2018 where it became very clear to everyone that it was now a “pay to play” game on Facebook. If you are willing to pay, Facebook is still a great and cheaper way to generate leads.

The reason they gave for this particular algorithm change was that they wanted to make sure that their platform remained user friendly and that users only received that was relevant and from their close friends instead of random posts from people and companies.

I will admit that at that point in time, Facebook had become pretty congested and the average newsfeed was simply flooded with irrelevant content that I really wasn’t interested in. It was a valid reason but the conspiracy theorist in me was giving a side-eye to the Facebook shareholders.

Fast forward to today and there still is some glimmer of hope if you want organic reach. You just need to be very creative and generate extremely viral posts or run some giveaways. I have found give-aways to be a great tool in getting that viral effect on Facebook if you structure them right.

Along with all the other changes that they effected over the years, Facebook has put in place measures that prevent any form of spamming. This has led to some links being banned. For example, if you place an adf.ly link on Facebook, it will immediately get flagged.

The list of these banned URLs has grown over the years to include some specific links especially the make money online niche. Anything to do pharmaceuticals will also be flagged should you post it. If you want to find out whether you can share your affiliate link on Facebook, simply post it there and you will know soon enough.

I will share some ideas and methods to help you get around this.

Ok, there are still some ways for you to make some decent affiliate commissions on Facebook. Just remember to make sure that you stay away from any form of spamming. DO NOT randomly post links all over Facebook.

Not only will this get you flagged, but you also risk getting your account in Facebook jail. Trust me, it took some time for me to accept that the good old days were long past and I was still trying to play by the old rules in a new era. My account was suspended more times than I care to remember.

One method that still works really well for affiliate marketing is to create a group with people who hold a common interest in which you can promote one or more affiliate offers from time to time. This group needs to add value and not just be a place where people just spam each other with their links.

Building a group takes time and effort but these can pay off in the medium to long term. The reason that groups are good is that the reach on groups is far superior to pages. More people get to see the posts and are notified when you post something new.

This is especially true if they are really active in that particular group. Post regular, helpful content and, on occasion, recommend an affiliate product. Make sure, however, that whatever you are promoting is a quality product otherwise you may lose your audience.

If you do promote something that genuinely helps them out, you will get more opportunities to make other recommendations to them down the line.

The other way that you can get quick traction from groups is to join already established ones then regularly offer valuable information or answer questions. When you do this on a regular basis and gain trust in the group, you will gain a good reputation and people are more willing to receive your recommendations.

Read group rules on promoting affiliate products before joining them then wasting valuable time participating on them.

When the opportunity arises for you to share your link, you will see it. A good practice is to start a conversation on the group wall then ask to inbox the link to someone. More often than not, you will get other people who read your thread asking that you inbox them as well.

So, can affiliate marketing be done on Facebook? The answer is that, even though the potential is not as good as it used to be, there still are ways for you to make a steady income using Facebook. It’s just going to take a lot of time and effort. 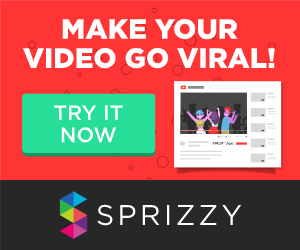